Get fresh music recommendations delivered to your inbox every Friday.
We've updated our Terms of Use. You can review the changes here.

Where Will You Be Christmas Day? 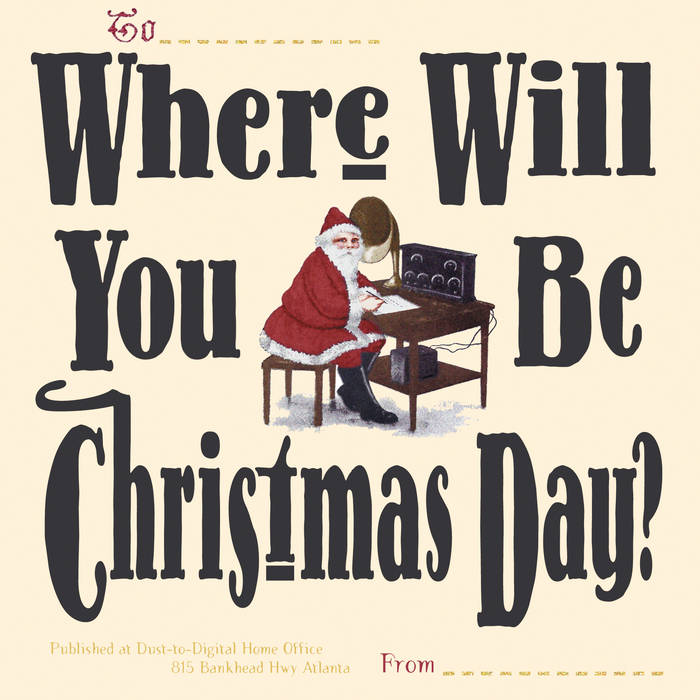 "Drawing heavily from early American folk, jazz, and blues (and incorporating classic holiday songs from the Ukraine, Italy, Trinidad, and Puerto Rico), the tracks included here date from 1917 to 1959, and represent an impressive spectrum of vocal styles, stretching from four-note sacred harp hooting to brash, mid-century gospel. Consequently, 'Where Will You Be Christmas Day?' is compelling simply as an anthropological peek, a crackly glimpse at secular traditions-in-the-making-- but all Smithsonian-geekiness aside, the music itself is more than satisfying, loaded with plenty of fresh, regional glee." - Amanda Petrusich, Pitchfork

Enjoy in-depth scholarship and lavishly-illustrated design with the PDF that accompanies each Bandcamp download from our catalog.

Bandcamp Daily  your guide to the world of Bandcamp

Sampa The Great joins the show to discuss her release, "As Above, So Below".